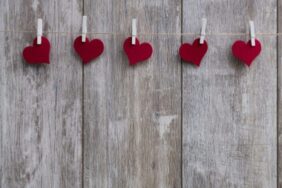 A knock on the door was what triggered off the chain of events. Anika was clearing the loft, poised delicately on a seven-foot-high ladder. Bingo, was his usual helpful self, prancing around the ladder, making desperate attempts to climb up. The junk had been dumped on the floor and he sniffed around, picking up things which he then transported to other corners of the house. Her threats and cajoling fell on deaf ears. Finally, she threw the broom down, heaved a sigh and began the journey down. That is when the knock came. And that is when several other things happened too, all at the same time. The phone rang, a cockroach flew out, she screamed and gravity did the rest. Seconds later, she landed on two carton boxes of junk, her derriere inside one of them, and both hands sticking out in the air. The ladder was resting on her tummy and Bingo was on her face. She lay there, motionless and shocked. The sound of her heart pounding away against her chest, and the ringtone of the mobile phone were the only sounds heard.

A staccato of knocks followed which jerked her back to reality. “Shucks!” she cursed, gathering her strength and wits about her. She tried to extricate herself, but slid back into the box, along with the pup, who had moved down to her tummy.

“Get off me, you idiot,” she barked at the little fellow, who was pretty sure this was a new game. He looked back at her adoringly.

Another loud knock followed. “WAIT”, she shouted. “I am coming .”

She looked at Bingo. “Listen, sweetheart. We have to get out of here. You get it? My back’s killing me and I can barely breathe. Now get off me .”

Bingo moved up to her face to shower her with licks. She managed to push him off, threw a ball and sent him after it. Slowly she lifted herself out of the box, winced as an excruciating pain shot up her back and finally managed to sit on the floor. She looked a sight and felt even worse.

The knock resurfaced. “Coming,” she yelled, and crawled up to the front door, gingerly raising herself enough to reach the doorknob, and opened it. She gasped and stared. The handsome hunk from the neighboring flat, her crush for the last six months, stood before her. “Could you lend me today’s paper?” he asked hesitantly. “Uhh, no. I mean yyes, “she stuttered idiotically.

Footnote
Cupid’s Arrow, though mistimed, did strike. The wedding is next Saturday .

Jayashree Pillai
Jayashree spends half her day tearing her hair in frustration, wondering why kids these days just don't get their tenses and prepositions right. Once she calms down and the horns disappear, she is genial, warm, friendly and smiling. She hates to sit idle and enjoys a whole lot of things which include cooking and gardening but her knowledge is pretty limited in those areas. So she is actually an amateur in the purest sense.

He Came, He Saw, She Conquered..

The hall was brightly lit and crowded. Crowded, of course, was an understatement. It was bursting at the seams, and despite the fact that...
Read more
Pandemic

Of Crooks And Saints

There were people dying everywhere  And yet there were those who refused to see the monstrosity unleashed by   a tiny virus...  But  there were angels too- who...
Read more
Claws Club

When the end comes

I have been making plans. A few.  Nothing much really. A trip to Switzerland.  I have always wanted to go there. I think I...
Read more

He Came, He Saw, She Conquered..

The hall was brightly lit and crowded. Crowded, of course, was an understatement. It was bursting at the seams, and despite the fact that...
Read more
ArttrA

December 2001, Delhi I plucked my bag off the baggage carousel and exited the airport, homeward bound.  Mummy flew out the door, even before the taxi...
Read more
Five00-9

Adare, County Limerick  2020 “Something 'bout this photograph takes me back in time,” said the retiring Inspector. He was looking down at the contents of his...
Read more
- Advertisment -

"When will dad come back?" My five year old son, Ketan, sobbed seeing his father leaving with a suitcase. My husband, Mukesh, travelled to Ratlam once...
Read more

It is a vicious circle. But… In my thirty years of existence, if there is one word that would describe me aptly- it would be ‘meek’.  But,...
Read more

My self Sushila. I come from small town. My family very religious, following all customs and rituals. And of course, following the great Babaji....
Read more