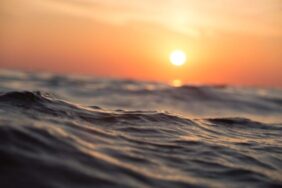 Abhijeet Tiwari woke up to a surprisingly cool morning, after spending a sleepless night in the humid weather of Chennai. Born and brought up in Gahrwal region he is not used to Chennai weather and welcomed the respite.
He was recently posted in Chennai branch of the Trident, a software MNC headquartered in Malaysia.
Abhi’s mobile tinkled as Abhi stepped out of the shower, and a warm smile spread over his face when he recognised the caller ID. It was Sukanya, his girl friend.
As he cooed endearments into the phone, her typically South Indian features and her smooth, dusky complexion flashed in his mind. He met her at a dinner in his colleague’s house. She works as an assistant manager at the Axis bank.
Sukanya looked different from all the girls he had known so far.  She had a charming and graceful personality which drew him to her.
“Abhi, are you there, are you listening to me at all,” she whined petulantly. “Of course Sukku, I am all ears do tell me.”
“Abhi, meet me at the Marina beach in the evening. I will tell you an exciting news.”
At the Marina beach, he waved at Sukanya walking towards her. She rose to greet him. He was engulfed in the sweet scent of jasmine flowers. He thought it funny, how these South Indian women liked to deck themselves with flowers, especially mogra or jasmine. Kadamba mala, a garland of colorful flowers mixed with sweet smelling leaves in between, was Sukanya’s favorite.

Sukanya told Abhi that she had with great difficulty made her parents accept her going steady with him with the intention of getting married if things work out. He was overjoyed.

Abhi glanced wistfully at the vast expanse of the sea, swelling and subsiding in an eternal dance of destiny.

Suddenly, he felt a sense of foreboding, a great calamity was about to happen. “Sukku, he called out, “we have to get out of here. Now!” Sukanya was startled and surprised at his frightened tone, “what for, we have just now settled for a nice chat and you want to rush home?”

“No Sukku, we have to get out of here immediately.” he said almost hysterically and pulled her along.

Just then, a flower girl approached Sukanya with a sweet smelling Kadamba mala.  “You keep walking Abhi, i will just buy one mala and come along. What is the urgency?”

The absolute stillness of the sea frightened him. He ran as fast as he could, calling Sukanya to hurry fast.

It was suddenly dark. He dared to look back and called out desperately, “Sukku, come back”. But too late, a giant wall of water more than 60 ft high crashed on the shore and none knew what hit them.

Abhijeet’s last memory as he passed out was of the dangling kadamba mala in Sukku’s  hand as she ran for her life. Too late…too late.

The damage to the coastal city by the giant tsunami left the world speechless.

Nagamani Kuchimanchi
The author is a writer in the making aspiring to carve a niche for her writings in the contemporary fiction writers. She is a communications professional and wordsmith. She worked in various media organisations as well as in other fields. She has aspirations to begin her third act in a meaningful and fulfilling field of fiction writing.

Nagamani Kuchimanchi has been a sagacious influence since she joined ArtoonsInn in 2017. With her roots extending deep into the arenas of pen, print,...
Read more
Realistic Fiction

“The similitudes of the past and those of the future The others that are to follow me, the ties between me and them. The certainty of...
Read more
Drama

Shadow of the Banyan Tree

Nirmala Devi, dressed in a simple saree and a pashmeena shawl sat at the little knoll behind her sprawling bungalow waiting eagerly for sunrise....
Read more

Dinner grew cold on the dining table, as she sat trying to knit a cardigan out of the clump of red wool in her...
Read more
ArttrA-4

Vibrant yellow dandelions blanketed the landscape around the pond.The evening Sun was refusing to descend. Aleksi stood there on the pier reminiscing those moments...
Read more
ArttrA-4

The mind can sometimes be a strange place. Like a house after a tornado has ravaged its heart, full of shards, splinters and broken...
Read more
- Advertisment -

When the end comes

A love letter to UniK-1 participants from Shankar Hosagoudar: First of all, a pat on the backs of those who participated in UniK-1, arguably one...
Read more

What to do & What not to do while participating in a Writing event.

Competitions are rough on writers. If we enter and don’t win, it’s very hard to shake off the feeling that our writing isn’t any...
Read more

Hello Artoons, Seeing a few comments about editing stories one has written, I thought I'd share my newly acquired...
Read more