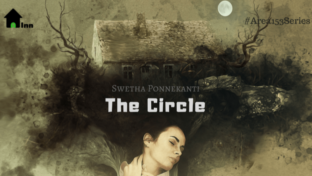 A small birthday celebration was going on in a Vishnu Temple of a small village in Tamil Nadu. The small boy was surrounded by...
Read more
Area 153 Series

The operation has started 15 minutes ago. The OT was at the end of the L-pattern hallway.  Aditya was walking back and forth in...
Read more
Area 153 Series

Raghavan was having an anger fit. He just couldn’t understand his wife’s nagging since the last few days. “I am telling you, Radhi, we aren’t...
Read more
- Advertisment -

It is a vicious circle. But… In my thirty years of existence, if there is one word that would describe me aptly- it would be ‘meek’.  But,...
Read more

He said he still loved me, but the irony of those words seared through my heart. The enormity of the agonising moment grew heavier...
Read more

I had always believed that women were responsible for every war in history. Looking at her, sitting on the throne with a grin, I...
Read more

I woke up feeling lighter than usual. I had a new spring in my step. The multivitamins appear effective, I thought happily. I quickly...
Read more

Lilith knew the man was hers the minute he walked in. Her gray eyes caressed his chiseled features. The broad shoulders, tapered waist, and...
Read more

Present  The girl stretched her hands and stood upright, wiped the beads of sweat as her skin dazzled in the scorching sun. Time was running...
Read more