The fear of being alone. 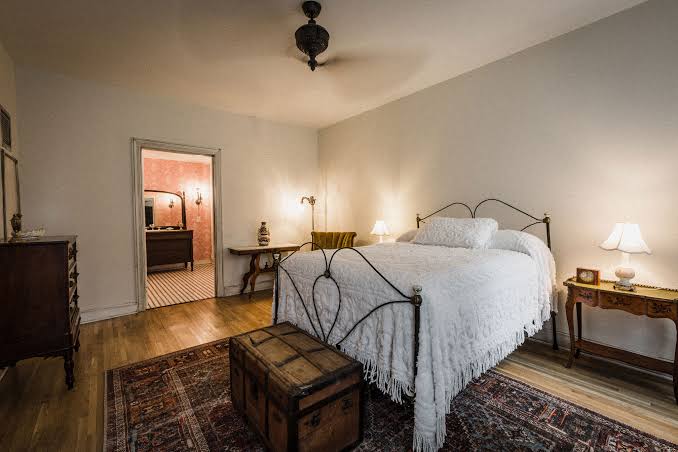 That night Nirmala’s perception about her own life changed in a jiffy.

How much she had boasted about her being a brave girl before her friends ! “You silly fellows you have phobias on incects,you fear to go inside water and to climb heights.I myself don’t like lizards.But I am not afraid of it.So I am a strong and healthy person.”

After marriage Nirmala had moved to Jamshedpur with her husband Ashok.One fine morning,he asked Nirmala to pack his things as he was going to a mine area regarding his business and would comeback after a day.

The day went on well with house work and watching the TV.In the evening , after dinner, she locked the doors and went to her bedroom.

They lived in a single house, not in an apartment.So after 10 pm , there was pindrop silence.No one except her was there in the house.Gradually loneliness gripped her mind.Fearful thoughts came to her mind .She couldn’t sleep.She tried to read a book.When she turned the page,she heard a hissing sound.’Thuddd ‘…as if her heart fell.

Till then, she had never slept in a room alone.At her home, her younger sister shared her room and now her husband Askok.She had never imagined she would be so afraid of to stay alone at night.

She tried to close her eyes, lo and behold ,she visualised the jaws of a skeleton.She pressed a pillow over her eyes.But to her bad , no respite from the fearful visions.A face of a dark girl with ruffled hair popped up.

She tried to call Ashok.But his phone was switched off.

“Oh,this careless husband of mine.He must have forgotten to charge the phone.Should I call ma.No  no ,she is in another city.She would be worried.”

She couldn’t even call her friends at that hour.

Sleep had gone.The fan was whirring above,but she was sweating.She could hear the dhuk dhuk of her racing heart.

She started chanting Hanuman Chalisha with her closed eyes.But she visualised a demon’s face.Then she recited Durga stotras, a face of a ghost appeared.

She opened up slightly her left eye to look at the wall clock to see the time.It was only 11:30. “Oh God, twelve, one,two,three,four and five.Another 6 hours.I would be dead by the morning.”My extreme fear in the night had turned this room,the habitat of ghosts and I am mentally tortured.”

“Let me watch the tv,she thought, but she didn’t have the courage to step down the bed and proceed to the hall.A ghost might catch hold of her!

The rest of night was sheer hell  for her.In extreme exhaustion her eyelids closed  in the wee hours of the  morning.She woke up to the sound of the door bell.It was 6 in the morning.The milk man was standing with the milk packet.What a respite.The dread of the night was over.

Event Sponsored by Tanima Das Mitra
Tanima Das Mitra aspires to write unique stories that can bring much joy to the readers. She has won various national and international accolades for her writing skills. Through this page she aims to build a bond with people who like her work.
You can read her write-ups and watch her live sessions at the following link:
https://www.facebook.com/tanimadasmitra