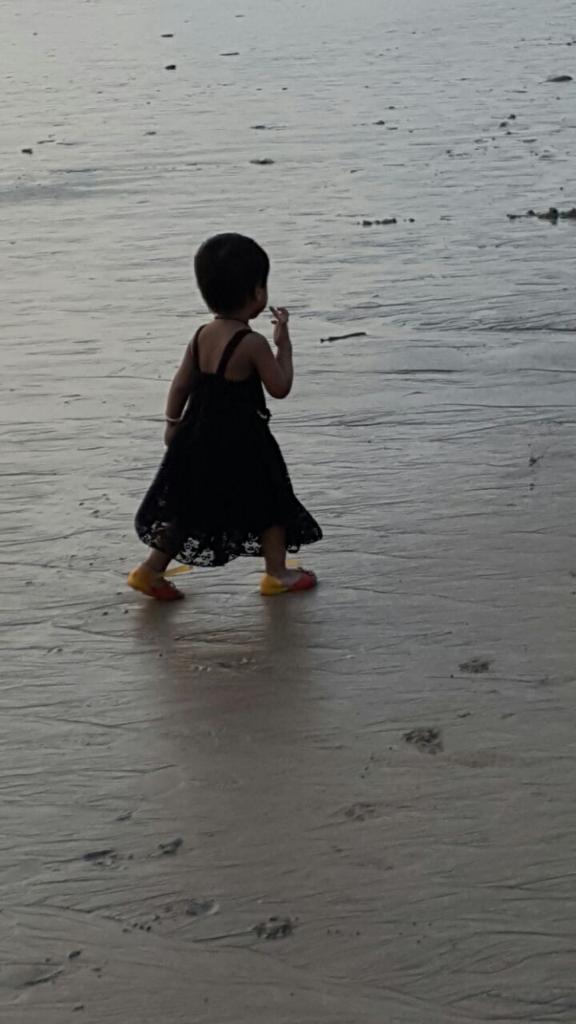 Rahul rubbed his eyes wearily. He was working on a deadline. He enjoyed his role as a leader to a young, talented team of software professionals, and genuinely cared for them. They, in turn, adored him; always ready to go the extra mile for him.

The project had reached the completion stage and he had just sent the team home. He wanted to zone off into a space of nothingness for a while after two straight weeks of sleepless nights.

His thoughts went back to the young lady Amrita who had joined his team six months ago. Amrita was extremely competent and self-composed. She was friendly but reserved. He felt drawn to her for some reason. During breaks, she would rush out to make phone calls. Her voice on the phone was soft and loving, and Rahul would try not to eavesdrop.

He dragged his thoughts back to the project and focused on completing the report and made his way to the car.

He stopped impulsively at the store and got himself a chocolate bar, brushing aside the twinge of guilt and munched as he drove. The roads were dark and deserted and the trees swayed in ghostly peace. His thoughts went back to the drives with his parents and siblings. Nostalgia overwhelmed him, giving way to a sense of familiar loneliness. His parents died some years ago within a few years of each other. They had been a devoted couple and the architects of their lovely home where love and laughter thrived. Both his siblings left home to pursue careers and raise families. The love still lingered but distance separated them.

He wondered why at almost forty he had been unable to find someone to share his life with. He met several wonderful women, but nothing metamorphosed into a relationship.

‘A caterpillar for life” he thought! He felt his thoughts veering towards Amrita again. What was it about her that tugged at his heartstrings? Rahul reached home and fell into a deep slumber.

The next morning, he rushed to the office. His team was already at work. “Good job team.” He said, waving.

Rahul was relieved. He walked back to his seat with a thumbs up. Let’s go for dinner this evening team”, he said. “Great idea!” They chorused except Amrita. Rahul walked up to her and asked her, “Anything worrying you Amrita?” She said softly, “Rahul, sorry I cannot join the dinner”.

“What is it Amrita?” he asked gently.

Amrita looked into his eyes and said, “Rahul, my daughter will be alone. I need to get home.”

“You have a daughter? How sweet! “Remarked Rahul. Amrita smiled, “Yes, Ananya needs me in the evenings. She is just three and stays with a caretaker during the day.” Rahul hesitated to ask anything more.

She looked at him and smiled, saying, “I know you have questions that you are too nice to ask. The day she was born my ex-husband ghosted. He is somewhere in America. I got a divorce finally. I have no immediate family; just the two of us” She spoke softly, but steadily. The innate strength shined through and Rahul’s heart missed a beat.

“Can we take Ananya along Amrita?” asked Rahul. Amrita hesitated.

“I am sure nobody will mind, let’s go pick her up” urged Rahul.

They drove home and as Amrita stepped aside to pluck a flower from the hedge for Ananya, the door opened and a little form bounded out like a bullet, jumping into Rahul’s arms.  He caught her firmly and held her close, feeling a rush of love for this soft bundle of energy and innocence. . The child realized she was with a stranger, looked up shyly, and jumped down to run to her mother.

Rahul spent the dinner with Ananya who warmed to him as he entertained her with little games and funny tales! Her bell-like laughter resonated through the restaurant.

Amrita smiled a little more than usual to see her daughter so happy.  Rahul dropped them home and Ananya was asleep by then. Thank you, Rahul, said Amrita, from both of us. Thank You both said, Rahul.

The months passed by. It was November 2019, and the new year would be here soon. Amrita would now bring Ananya along for their parties and the child loved Rahul.

Amrita and Rahul started spending more time together both experiencing a sense of homecoming. Amrita opened about her life, an arranged marriage with an NRI, and everything that followed. Rahul sensed the wounds behind the scab. He spoke about his childhood, his parents, siblings, and his sense of loneliness.

Rahul, would you like to come home for Ananya’s birthday? It is on 18th November” said Ananya. Rahul was delighted.

On 18th November, Rahul walked up to the tiny flat with a big crate in his hand for Ananya’s birthday. Ananya threw herself excitedly into his arms and pointed to the box.

They opened the box and Ananya squealed in delight – it was a little blue bicycle.  Ananya refused to get off and cut her birthday cake sitting on the bicycle!

Rahul felt a deep sense of peace as he gazed at Amrita holding a sleepy but happy Ananya and he suddenly realized that this was his world of happiness.

He got up and walked to Amrita and asked her, Amrita, will you marry me”? Amrita looked at him and slowly turned to her daughter’s dark head resting on her shoulders, sleepy eyes watching them. Rahul tenderly took Ananya from her arms and asked her, Ananya “May I be your papa?”

Ananya looked at him, smiled wide, touched his nose, and said, “My papa”.

Amrita looked at him and said, “Of course I will Rahul”.

Rahul embraced Amrita, while Ananya slept in his arms.  “My precious gift,” he thought.

Amrita thought to herself, “Not all storms come to disrupt your life, some come to clear your path. “