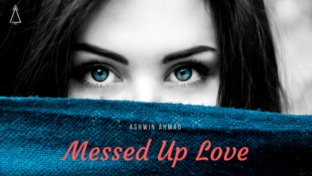 Previous articleArTales 11 – The Undeveloped Film
Next articleToo Little, Too Late

Ashwin Ahmad
Ashwin Ahmad is a fond practioner of the art of make believe. Facts are so much better when embellished with a heady dose of fiction.

Jed woke up that morning with a feeling of exhilaration and dread. Normally, he was the kind of person who lay in, banged the...
Read more
Guest

The Face The face did not come every night. Sometimes it would let him sleep and make him feel that it had been a bad...
Read more
TerminalSeries

CHAPTER 1 I am sick to death of this plastic world that I inhabit. Granted, the pay is not bad and everywhere I see beautiful...
Read more

Hola Artoons, Here's another set of helpful tips that, I hope, will come in handy as you go about reviewing.  To begin with, anonymous entries are...
Read more
ArttrA

Purnima* day of the present month It was one of those balmy mornings in the year 1132 in the West Bengal region.  The bright sun had...
Read more
Guest

“Ms Catherine Philips, are you certain you don’t need legal representation? The Court can provide you with an attorney, rest assured all costs would...
Read more
- Advertisment -

Shit, he was in a rut, he needed to get out. ‘How long am I supposed to do this? Everyone else has it better than...
Read more

A knock on the door was what triggered off the chain of events. Anika was clearing the loft, poised delicately on a seven-foot-high ladder....
Read more

Radhamani quickened her steps. The sun was yet to rise, and planet Venus was still shining. In the silence of early morning, she could hear...
Read more