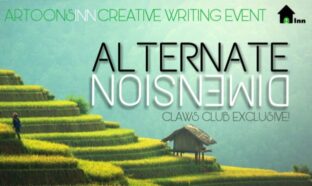 Write a story set in an alternate dimension which mirrors our world in all aspects except for one. This different attribute and its consequences make that world what it is.

Example 1: A world where Matriarchy is the norm and not Patriarchy
Example 2: A world where Atheism is predominant and not Theism.
Example 3: A world where Whites are racially discriminated and not those people with color.

–>Guest entries are welcome, too.

–>Who are the judges?
Judgement will be based on the reviews from three different panels.
Public/Participant reviews in the comments, Wings Club members, ArtoonsInn Judges.

–>All readers are requested to review and rate the stories they read and let the best story win.

–>Participants get a detailed review of their story post winner announcement.

–>The most active member and the best reviewer in the writers’ and readers’ room throughout the event would be featured ‘Artoon of the month’ and ‘Reviewer of the month’ respectively by the end of the event.

–>Winner of the event gets a Claws Club certificate of appreciation from ArtoonsInn.

–>It is suggested that if you wish to see honest reviews on your story, write your honest reviews for others as well. Our community encourages participants who support and encourage others.

–>Participants accused of plagiarism will be removed from the ArtoonsInn community.

–>Invite your writer/reader friends to our community. 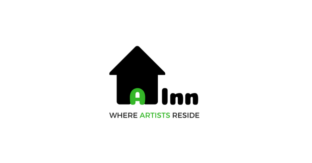