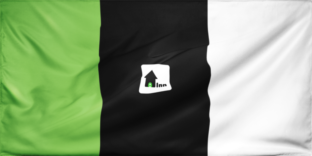 ArttrA-5 is a game between 4 writing teams at ArtoonsInn’s Writers and Readers’ Room. Watchers of ArtoonsInn invite any 4 well-known Artoons from the room to represent each team. These members are referred to as ‘Minders’ of the game.

Minders will be sent a separate guide with all the guidelines and protocols. Basically, this is what happens in the game:

Each Minder sends an invitation to any Artoon/member of Writers and Readers’ Room to join his/her team. Should the invitee accept their invitation, the team is now 2 members strong (Minder+Invitee). These 2 members shall now discuss among themselves and invite a 3rd member to their team. The process continues until all the teams are complete with the pre-defined no. of team members.

Each invitation will take place parallelly – with all 4 teams inviting and growing simultaneously. That is, a team has to wait until the other team/s is as strong as this.

Each team shall get a temporary Facebook chatbox created by the Watchers for their game discussions. The first task is to come up with a striking name for their team while the team members get to know each other. The second is to come up with at least three different prompts(excluding picture prompts) that are appropriate, comprehensible for all kinds of writers, and global to all genres for short-story writing, and email it to the Watchers.

Watchers shall pick the best prompts from the received lot and randomly give a prompt each to the teams. All teams shall now discuss the prompt they’ve received, and work together in producing creative and extraordinary writings. All team members write their individual stories for the prompt. The team members may help each other with edits, proof-reading, etc.

4. How do you pick the winner?

The winning team will be picked by adding individual scores given by the judges to each team member in a particular team. Which means, the team with the highest score is placed the winner.

Final scores of the winning team along with individual accumulated scores of a team will be shared only with the Minders. Minders are requested to refrain from sharing individual scores with their team members.

Yes, Teams that aren’t placed as winners are encouraged to send gifts to the winners and judges.

8. Great. Are there any other rules?

Indeed. Have you checked the writing and submission rules provided above? Here you go again: https://writers.artoonsinn.com/arttra-5/

9. What if I am not invited but still want to write for a particular prompt?

As the game could only allow a limited number of participants to play, it could be disappointing when one doesn’t make it to any of the teams. If you love any of the prompts, write away and send them to [email protected] and ArtoonsInn Watchers would publish them given your writing meets the community standards.

Important: Any member found guilty of plagiarism, offending someone, stalking someone on their team, creating an unhealthy environment, creating unnecessary debates, disrespecting Minders, disrespecting Watchers of ArtoonsInn, misusing and/or breaching any rules of Room8 or ArtoonsInn will be removed from ArtoonsInn and all its rooms without any prior notice.
(Refer rules and regulations of Room8 here: https://writers.artoonsinn.com/artoonsinn-room8-rules/)