The idea behind Exotic

THE IDEA BEHIND ‘EXOTIC’

What can stories teach us about the experiences and beliefs of others?

I often ponder over this question when I read an intimate tale at ArtoonsInn. Whenever an Artoon raises his/ her hand and writes a story such a way that it questions our own beliefs, it makes me realize the potential of the art of writing.

As we sit on this enormous heap of successful events, the only thing we fear is complacency. It is easy to get blinded by the numbers and stats (We got close to 50K website visits in February) and dish out easy prompts to get the numbers. However, it will make the writers complacent. As individuals, we shouldn’t become complacent. We can’t fall into the status quo and adopt a ‘good-enough’ mindset. Take any top tier Artoon for example, the difference between them and regulars is that they strive to up their game with every submission. It is a different thing that we help them in their cause by giving them mind-numbing prompts for Artale Legends. What they achieve with the given prompt is up to them.

With the first ever #ArtaleGreenhorns event, we are trying to give it a similar treatment albeit on a lower level. The whole agenda is to fight complacency by setting a story in different part of the world. Though this is a Feathers club exclusive event, I encourage everyone to write for this. You are eligible for a participation card which will help you get Feathers membership.

A few days ago, I was reading a review of a Chinese movie, So Long, My Son, directed by Wang Xiaoshuai, Reviewers from all over the world got to watch it during Berlin Film festival 2019 and each one of them claimed that it is an instant classic. This made me wonder about the plot of that movie. 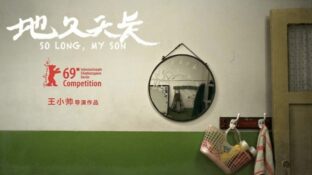 The film tells of a story of Shen Yingming and Liu Dong, who were originally close friends at childhood, but became estranged and lived their lives in the 1980s. It portrays the journey of the two and their families and it speaks of affection, love, getting married, having children and many social changes, resulting in life experiences difficult to understand.

I dug a little deep and found out that the film brings tectonic shifts in society to a basic human level. Little changes in society which change into massive shifts due to chain reactions. Such changes as those brought about by the draconian, now-abandoned one-child policy, can often be invisible, purely because they are so massive owing to the fact that this is China and the numbers are so impersonally huge. The real reason behind the success of this film is how the story is universal but confined to China and the Chinese way of life. The story WOULD’NT have worked in any other country except for China since there wouldn’t be any such policy for bringing out the change.

This gave me an idea of how certain backdrops from certain countries lead to unique stories that can be cherished by all. Thus, ‘Exotic’ became a prompt.

We request you to focus on researching along with plotting, learn about different cultures, imagine life set amidst such communities, think about stories which could be told with that backdrop, think about how distinct the plot is due to this backdrop. The keyword here is ‘culture’. Storytelling is at the core of culture. It is how histories are passed down, how customs are shared and how traditions become endemic to a community.

While you are at it, ask these four questions to yourself:

How important is the backdrop to your story?

Is the story neutral and can be set in any other part of the world?

Do you want to linger over the details?

How important is context to your story?

When we reflect on the classic stories from different cultures, you get the point. For example, take Adventures of Tom Sawyer (American) and Alice in Wonderland (English), both are set around adventure of protagonists, yet both have different approaches. There is a cause /consequence narration in the former, and the latter cares more about creating a fantastical world and leaving all the preaching behind. Storytelling changes with the cultures. On the other hand, consider Indian epics (Mahabharata and Ramayana), each chapter from these epics have a hidden life lesson, each chapter enriches the reader’s mind. Here, the intent is different. Take care of the minute details which make your story unique.

I know you are getting overwhelmed by all this. With the deadline fast approaching (18th March), it may seem impossible, but, Writing is in a way a lot like walking. Yeah, if you look at it closely, writing is amazingly complex stuff. But like walking, once we start, we do it quite well on our own, instinctively, without knowing much about the details involved. I am not going to explain how to do it, you already know that just as you already know how to walk (or run?). Keeping up with this analogy, remember that only the terrain has changed (A different country), but the process remains the same!

All the best for the event and make sure that you enjoy the process.