Make me a Barbie Doll 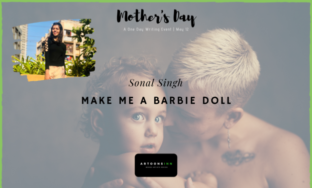 “Doctor, can you make me look like Barbie?” the little girl asked the plastic surgeon, clutching her favourite Barbie doll.

Looking down at the five year old girl, the surgeon’s heart melted. With moist eyes he said, “I will do my best, I promise.”

A congenital defect, a fused head suture had left her with a slightly asymmetric face. In the hospital for a cranioplasty (reopening of the suture) she was the image of innocent hope.

Her parents had not considered the surgery as an option. They had been unwilling to put her through the trauma at such a young age. It was a big operation, after all.  However, taunts and barbs from other young children had made her withdraw into a shell. She would look at herself in the mirror and ask, “Maa, am I not beautiful? Why do children call me weird?

Her mother’s heart had broken at her anguish. How do you explain people and their psychology to a five year old child? Distraught, she had turned to a family friend, a neurosurgeon. He had recommended an immediate Cranioplasty.

So, the date for the operation for fixed. The parents accompanied the child to the hospital. Or rather, I should say that a brave child accompanied two extremely scared parents. Before she was wheeled in she held their hands and said, “Don’t worry.”

The operation was a success. Back in the private room, post her stint in the ICU, the child looked at her parents and said, “See I told you that it would be okay.”

Her mother wept in relief. A sob escaped her father.

The doctor had kept his promise. Today the child may still not look like a Barbie doll but she is no less than one.

And, I am proud to be her mother.