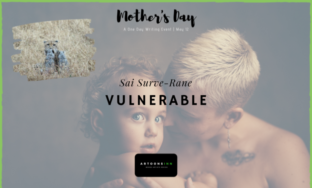 That’s the status given by the International Union for Conservation of Nature to cheetahs. A paradoxically slow pace of multiplying numbers, for the fastest animal on the planet is responsible for their dwindling numbers. A predator that ends up being a prey to larger predators, cheetahs are the epitome of irony.

With no herds or prides for protection and a marriage that is limited to procreation, mother cheetahs are the most prolific single mothers of the animal kingdom. They battle starvation, predatorial threats, extreme climate and the statistic of 90% mortality for cubs, to raise their young. The ones who see all their litter to adulthood are aptly called supermoms.

This is a typical picture of a cheetah mom hiding her cubs in open grasslands, and though it speaks volumes of their vulnerability, the alert eyes flash the phrase against all odds.