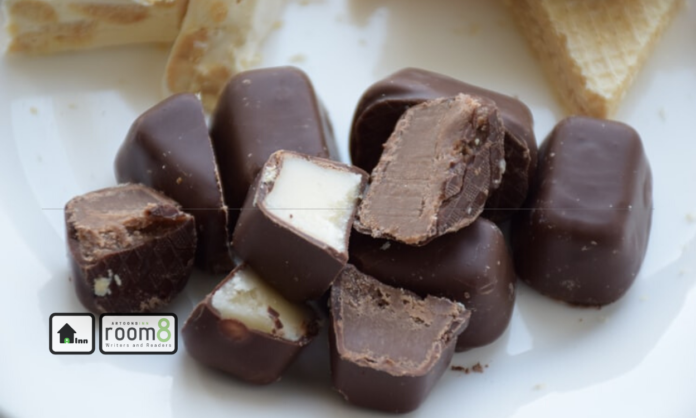 The day dawned to be a pretty adventurous one at Gokulnagar colony situated on the outskirts of Hosur city. The kids who were having summer vacations, had gathered by 7 am.

The colony hosted only eight houses out of which seven houses had a kid each in the age group of 8 to 10.

A middle-aged man had just shifted to the last empty house on rent.

“We must collect five bundles of hay from the forest.” Raghav declared, indicating to the vast area that had bushes and grass at a little distance away.”

“FOREST!” Vinay let out a scream only to be gagged with Raghav’s palm.

“Do you want to eat chocolates or not?” Raghav jolted Vinay by his shoulders.

The word chocolate, acted like a catalyst and without bothering to find out what had five bundles of hay got to do with chocolates, they followed Raghav without protesting.

Raghav took it upon himself to explain. “Before 1pm if we can give my new neighbor five bundles of hay we can munch on all the chocolates in his fridge.”

Accepting his proposal, all the seven reached the forest a good 2kms away from Gokulnagar.

“How big is one bundle?” Sowmya had a valid question.

“This big,” said Mohan keeping both his palms sideways at a specific distance. “I have seen hay bundles at the milk maid’s house.”

They got down to work. Amit was the most agile among them. He collected the hay faster than his friends. It still took a lot of time to get five bundles sorted out.

Raghav had come prepared with strings to tie the bundle, earning appreciative glances from Salma for his prudence.

Upon returning to the colony they realized that they had caused serious anxiety to their mothers, who were frantically running up and down calling out their respective kid’s name.

“Where had you all been?” Shilpa’s mom demanded.

“Why have you collected so much hay?’ Vinay’s mom nudged him so hard that he began wailing.

Hearing all the commotion, Mohan’s father came out of the house. He had just returned after night duty.

Since all the other kids pointed out at Raghav, he was termed fit for interrogation.

“Uncle, yesterday night when I was playing with my ball, it fell near our new neighbor’s gate. When I went to pick it, I heard him telling someone, ‘The cow needs hay. Get me five bundles by 1 pm tomorrow and you can munch on all the bars in the fridge.’

“You all stay indoors I will get the chocolates for you.” Mohan’s dad assured gesturing his wife to take them all in.

The following day the newspapers carried this headline.

Mohan’s dad was given accolades for informing the police.

The kids were happy to have got their share of chocolates from him. Little did the innocents know that bundle of hay signified bundle of money and bar, meant, gold bar.

Sudha Vishwanath
A teacher by Profession,Mrs Sudha Viswanath took to writing initially as a hobby. Some of her stories have been published in esteemed magazines and she has been named as a winner and featured writer for her short fictions and stories in an online competition for writers.

“Passengers travelling by Indigo 6E-392 to Gauhati via Kolkata, kindly proceed for boarding ....……,” In a daze, Angshuman proceeded towards the departure gate. This was...
Read more
Fiction

My mother and father were being carried away in a van. I struggled in vain to follow them. A heavy rope tied around my...
Read more

Prologue I am but a vessel! Leaveth or Taketh from me, as you please. The choice is yours.  Don’t believe me? Read for yourself. Obsession  New York, 2000 Tired -...
Read more
ArttrA

Now  She stretched her hands and stood upright, wiped the beads of sweat as her skin dazzled in the scorching sun. Time was running out....
Read more
Drama

Ankita, a 15 year old bespectacled brunette,  was exhausted of her school life and studies.Unlike other girls who would go for parties and have...
Read more
- Advertisment -

As the Yellow Stars Fade Away

“Mr. God, do we really need Ms. Death down there? I mean, look at man.... such a beautiful creation of yours...near perfect I would...
Read more

The creaking stairs, the approaching steps woke up Shireen with a start. For the next few moments, but what felt like eternity, she could...
Read more

Madhya Pradesh 1979 “Saab ji1,” said Mangal Das saluting as soon as he alighted from the jeep, “We have a location.” Finally! “What do we do Saabji?...
Read more