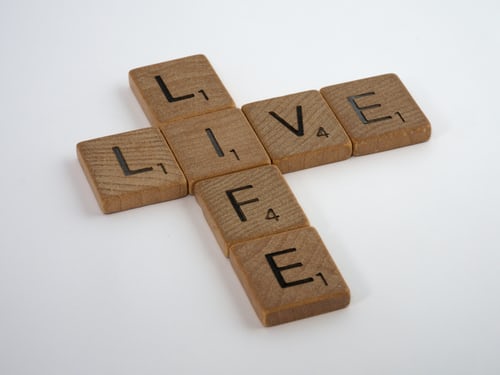 “A big round of applause to Lakshmi, we are proud of you”, said Mrs. Sheela, Member services representative of an NGO, as she gave away “The Inspirational woman” award to Lakshmi, on behalf of AWAKE foundation.

Tears of happiness rolled down from Lakshmi’s eyes, as she threw a loving glance at her daughters, Aditi and Abhinaya who sat in the front row staring at their mom.

Rueful memories flashed across their minds amidst the happiest moment.

Lakshmi belonged to a Kannada orthodox conservative middle-class family of 3 sisters and 4 brothers. She was married at the age of 18 to Shankar, who worked as a government servant in PWD in Mangalore. Shankar lost his parents in childhood and was brought up by his uncle Sundaram.

The first two years of their married life were happy. Shankar initially portrayed himself as a smart, energetic, and loving husband, but as years passed by, he started showing his intimidating attitude. He was belligerent and always wanted to win. Small arguments about cleaning, laundry, and household expenses cropped. The relationship went through ups and downs, and in the meantime, the size of the family increased to four as Aditi and Abhinaya were born in a span of four years.

Shankar spent all his money for his personal comforts and the rest of the income, which he gave at home wasn’t enough to feed the family, and it was forced into a financial burden.

Lakshmi expressed her agony to Uncle Sundaram once and that raged Shankar’s anger and he harassed her physically and mentally for being questioned by his Uncle.

He insisted Lakshmi bring money from her father. Lakshmi knew her father’s financial situation, and so she took the physical pain but resisted approaching her parents.

She was in a surreal fight-or-flight mode for months, unable to sleep or eat normally and disoriented. She was anguished and depressed and sometimes angry too, but they dissipated into meek submissiveness whenever she thought of her children.

Lakshmi was a school dropout, as the patriarchal system could afford the education of only the male members in the family and so, she could not even get a job and the only thing she knew and was passionate about since her childhood was cooking. In a family of 9 members, cooking became a natural trait of a girl and that favored Lakshmi.

With the advice of her neighbor Vasantha, Lakshmi started making Papads and Pickles. She used to make 100-200 Papads every day and sell them to a self-help group and used to save that money for her daughters’ education.

In the midst of so many struggles at a very early age, she always stepped in to ensure her children were cared for.

Shankar did not like this. He threatened to leave her and the kids if she was not willing to give, her hard-earned money.

The stress was palpable and the kids were beyond worried and Lakshmi was beyond exhausted. As suggested by a senior member of the group, she approached her parents and explained her situation, but all her attempts were futile. The patriarchal society considered separation as a sin. The adults did not think it necessary to shield her from the toxic acrimony in those days.

Unable to take the relentless abuse any longer, she filed a divorce after 7 years of their marriage, and the evidence she presented was unimpeachable, and she won the case easily, despite being opposed by her husband.

Society cast aspersions on her character, implying she had ulterior motives for divorcing him. It was really tough for her to handle everything alone and that left her traumatized.

But she did not leave her confidence. She started preparing breakfast and lunch for working professionals in her neighborhood. Customers praised her cooking skills. They suggested her to start a food joint as they had a huge demand and she can fetch a good price.

With the help of the self-help group members, Lakshmi could get a loan to start her business. After juggling up for a year, she could set up and run a food business. She expanded the food joints at different places in a span of seven years

She could give good education to her daughters in course of time.

Lakshmi was not only a good business person but was also good at heart. She was well known in her society for her kind behavior and helping nature.

She employed only women in her food joints. Her struggle taught her; how important it is for a woman to be financially independent.

She approached women’s welfare societies and the self-help groups with whom she was associated previously. She inspired and motivated women who were torn between numerous hurdles in life.

Her experiences taught her to be strong and she was a proud mother who could give her daughters good education and make them stand on their own feet. Destiny drove her and she arose from the hardships of life and established her own identity. Watching her, face up to life’s challenges, had strengthened her daughters a lot and they always looked up to her.

Aditi and Abhinaya stood up from their seats and ran towards the stage. They hugged her and cried.” Amma, you are the best woman in this world”.

Lakshmi held the trophy in her hand and said to herself,’ Not all storms come to disrupt your life, some come to clear your path’.